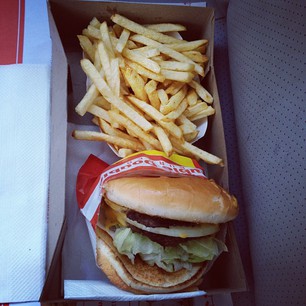 A blissfully uneventful day at work. That will change tomorrow as we now have less than 48 hours to the software upgrade changeover. It felt like the calm before the storm today really.

I was able to listen to the audio version of the entire module of lessons that I had read yesterday. A great way to present the information in another format and allow for some more slivers of knowledge to soak in. They did too! I took lots of notes as they would say something that triggered a dusty brain cell to shake itself off and go “Hey! You! This applies to the pergola site!” Heh. Yes, my brain is a nag.

The evening though, was somewhat momentous. It was the LAST class that 26 had to take in his DUI probation program. We had finished the regular Wednesday classes back in early Feb, but then there was this ONE lingering Education Series class that had to be taken in a particular order and it finally came back around again tonight. Now, he just has to settle up a small fee, turn in some AA meeting or NA meeting signatures and meet the counselor for a exit meeting on 6/2. This has been literally YEARS in the making and I swear I almost want to throw a party like it’s graduation day when he’s done. He kinda deserves it because, while the reason there have been fits and starts and delays in this whole process were largely his own – we both also agreed that it felt like this place was NOT invested in helping him succeed. It’s run out of the state college system and it’s supposed to be a rehab type process which you THINK would mean they look better if they successfully graduate people out of it. Yet there was just a ton of incompetence and mixed up messages and unclear instructions given.

I’ve made the best of the whole thing over the last year since he got back full force into the classes right as I started dabbling in this web business. So, I could sit in the nearby Starbucks and write which was actually nice since I focused better there than I would at home. Tonight’s class was a longer one though and I have gotten so good at writing while sipping a Naked Juice and watching the crowd ebb and flow in the store that I was done with my planned article in an hour. With still another hour + to go I decided I needed dinner. Usually I just eat something light when we get home, but tonight that would have meant eating after 8pm and I didn’t want to wait that long. Also, it was jam packed and I was at center table with no outlet in reach and the sun was in my eyes and it was cold in there! IOW – whine whine whine and oh, was there a *better* place that I could be? Perhaps.

It was 6:30, I was hungry and I still have my birthday gift card. Therefore I was able to treat myself to a little slice of unplanned, unexpected gastronomical beauty:

Yes, that IS what a hamburger is ALL about!

Yes, I *am* running again tomorrow morning, why do you ask?

One thought on “May 23rd – Gastronomical Beauty!”