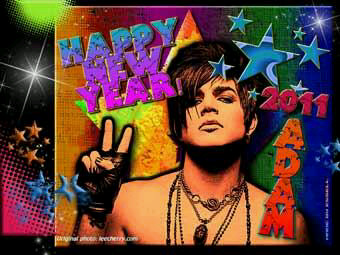 Today and tomorrow are the probably the two biggest listacle days of the year. Everyone will be blogging about the highlights/lowlights of 2010 and then tomorrow making their 2011 resolutions. Given that most of us who write on the internet are doing to unload one or two (or 10,000) frustrations through the keyboard vs onto real life peeps, the vast preponderance of the 2010 retrospectives will be negative. I’ve already seen plenty of of twitter posts leaning in that direction.

As always, I gotta be contrarian 🙂

Sure, 2010 had some personally and universally truly sucky events. Certainly beginning the year as it did for me with the death of an August mom and then my best friend from high school managed kicked the year off in a rather craptastic fashion. Later on in the summer I lost a dear C&J friend as well. Death, being part of life, probably touched all of us at some point this year and I do feel the holes that they left. But then, I am also thankful for the fact that I knew them. That I carry parts of them in my heart. That my memories help to honor their life.

Moving on…I said I was gonna be different..so…Happy Time!

2010 has been a year when my immediate family has been healthy and drama free – I call that pretty damn good!

When I cut up my credit cards one year ago, it was with the wish that nothing major happened so that I could live without them – 2010 complied.

Don’t Ask, Don’t Tell was repealed. I’m sure I don’t need to go into a deep political essay since you all already know how much equality means to me 🙂

19 of 35 countries have been cleared of their loose nuclear material.

Yeah – no matter where you stand politically I would hope you agree that this is rather brilliant news. All the more intriguing when you find out how it was done – James Bond style:

Thank you to Rachel Maddow for being the ONLY person on ANY “news” channel yesterday to cover this! Even on vacation she put this segment together for her show and it’s not the first time. Another such adventure was highlighted by her earlier this year, but this one is great because of her fantastic interview with the NNSA director. C’mon now, be honest – show of hands – how many of you even heard of the NNSA or Director Thomas D’Agostino before watching this? Well, other than Page of course! Anyone? Beuller?!! Yeah, I didn’t think so. And like I said – this isn’t really a right or left issue – this is just pretty damn cool and VERY important in the grand scheme of, oh, not getting blown up by this stuff anywhere around the world!

OK, moving on to something lighter – I did make it through 52 books this year as planned AND I did get out on the trails and hike more often – a lot of the time with SportsBoy so that’s a huge win for the year.

The cats didn’t escape or destroy anything major. Sure, they barfed in terribly creative places. Shoot, just this week Chip “blessed” Music Man’s bed and I sure had to laugh when I saw a pile of dried hairball on the carpet when we switched out old bed for new in my room last month. Then there was the perfectly placed hurl on SportsBoy’s dirty laundry which he couldn’t QUITE put IN his hamper – a risk her no longer takes after a white t-shirt was ruined! But hey – that’s life with cats right?

So really – if you think about it – and you should – there ARE high lights to the year that is leaving us. Enjoy the good, learn from the bad, and turn around and face the new year eh?

Oh, and it’s never a bad thing to walk forward with a little more glitter and love 🙂