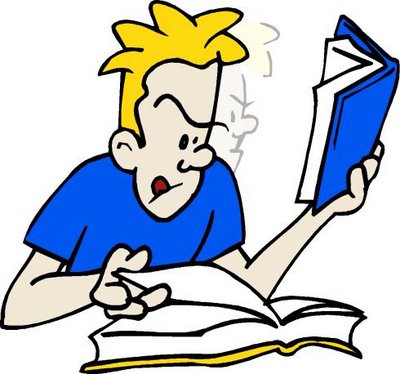 It occurred to me last night as I sat watching shows off the DVR while my son toiled away on the computer preparing a History project that it was the 4th straight night that he worked on homework until 8pm or so. Willingly. No fuss, no hassle, no fighting. Just me doing as usual and checking what was due this week and making a list and prompting him every night to work on it. He did still need that prompting, but that was it. Then he was off diving into whatever it was. Even essay writing – no whining! What the heck?

Well, somewhere along the line of all those hours of talks about grades and their importance blah blah blah, I reminded him that he had his much loved laptop because of grades he had obtained last year. I reminded him that while I was unable to be generous in regards to paying him for school work, perhaps he could talk to his dad again about it. But I also said that I would only sign on if the goal was something higher. Not a generic GPA, but more of a particular reward for a specific letter grade (as in – only reward an A). So his dad has agreed to give him $20 for each A. Since there is a specific video game that he wants to buy when it is released in the fall, and he knows the approximate price, this allows him a way to earn it. Also his dad is going to deduct $5 for any C’s and B’s are zero value. Given that even working his tail off and getting all A’s the rest of the way in Geometry will barely pull him to a B – he knows he’s in the hole there. So that means that History, English & Science HAVE to be As. (Drama & PE do not count at all). Money has not typically been an effective carrot for him, but I guess he’s finally moving in that direction because I sure am seeing a difference since this deal was struck.

I have no idea if this will work anytime past this semester – but YAY!

On a side note – a lot of the time he’s doing homework, I am watching either Countdown or Rachel Maddow. Usually there is at least one segment that will interest him and I’ll rewind it so he can watch it. Keith talks a lot of baseball and Rachel has some really cool, geeky science segments. This week though, she’s been talking a lot about the upcoming anniversary of the Oklahoma City bombing since she’s hosting a documentary on it on Monday complete with tapes of his confessions from prison. He watched some of that with me and asked me about it – of course since it happened before he was born he was not aware of it. Especially since everything in his lifetime has been dominated more by 9/11 and outside terrorism so the domestic variety was off his radar. Well, hey now, but living in a house where we pay attention to current events has paid off for him in school! He was the ONLY student across all his history teacher’s 8th grade class periods to be able to answer when asked if anyone knew of any specific examples of domestic attacks. Not that we should be glad we even need to know these things, but High Five! He did!

Oh and just to bring myself down a notch – I am slightly disturbed that the second highest search term that brings readers to my site (after Adam Lambert, natch) is “Muffin top” Wee.

One thought on “What child is this?”