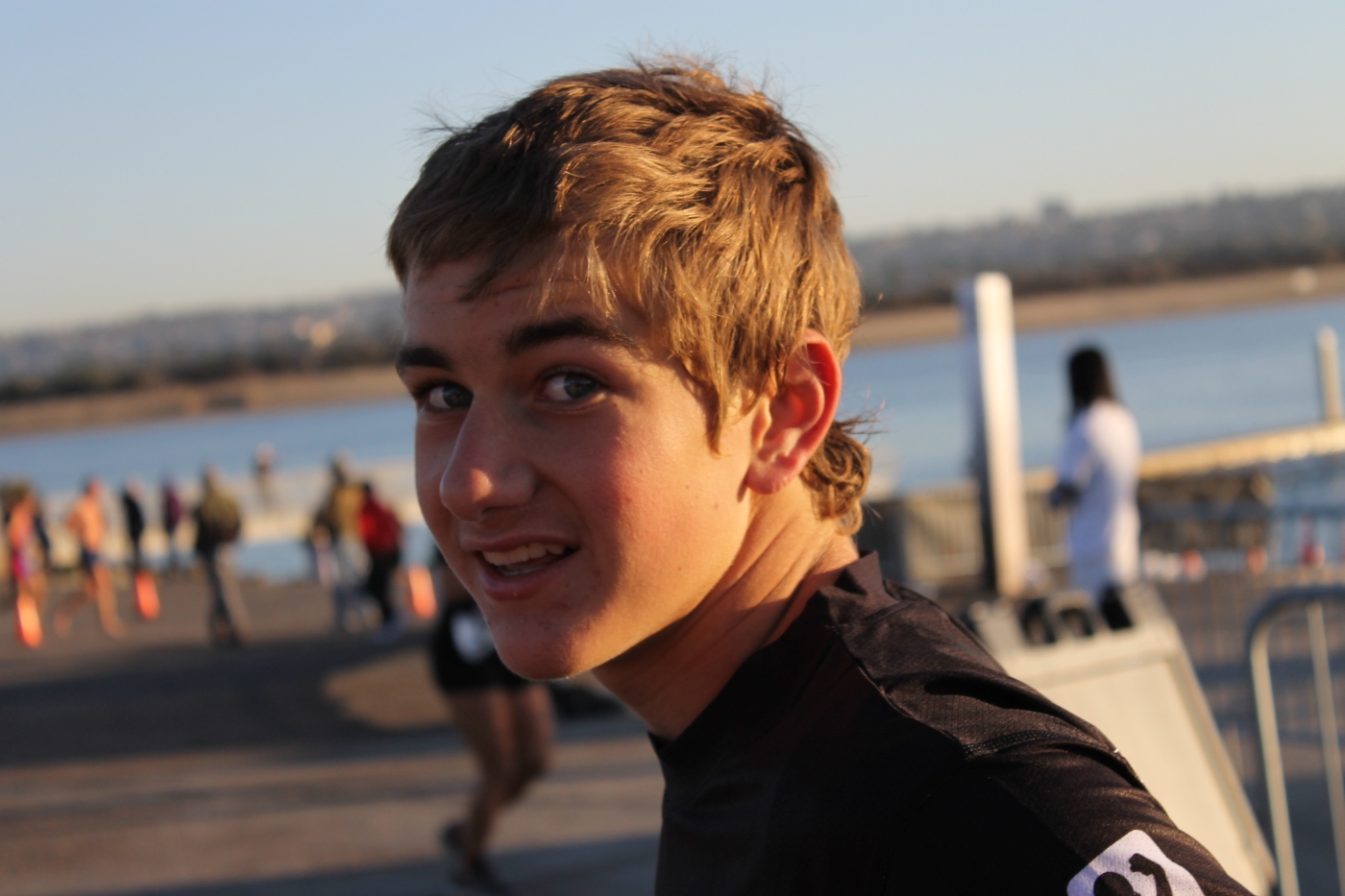 It would take me all day to post pics and story in here, so, here’s my favorite shot from the day: 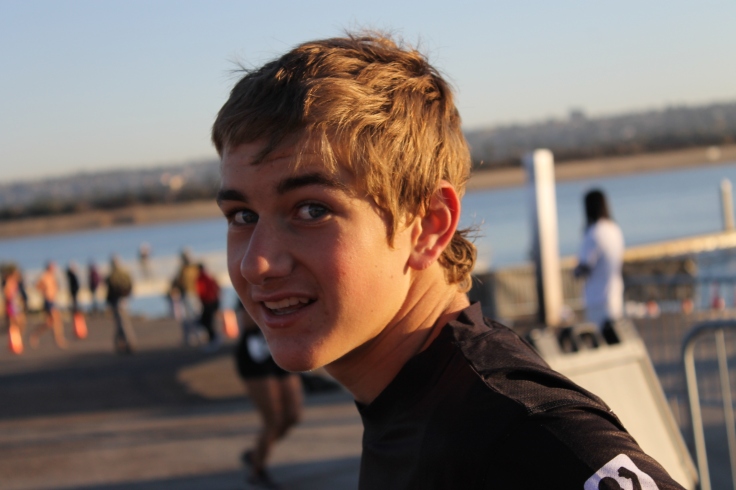 He looks good, but he is running past his dad and I asking “Is it NORMAL to not be able to feel my hands or feet?!”

Well, yeah, when you’ve already swam in that cold water behind you for 375 meters, biked around the island beyond that water where the air as you are traveling over 20 mph is more frigid than the water, and finished a 2.5k run only to face doing all three over again!! Since his wave was the first one they hit the water at 7am and I am quite certain the air was still in the 50s and lord knows the water temp!

Photos are here in my Picassa web album with comments periodically on the photos telling the story. I was primarily chasing Alex but if I could turn around and catch my other team members racing by I would get shots of them too. Matt (bike coach) took off in the wave after Alex but we are pretty sure he passed him IN the water, or at least in transition from swim to bike. Eve took off 15 minutes after Alex and Renee took off 20 mins back. Given that they can swim so much better, they ended up at least often within 5 minutes of transitioning past Alex one way or the other so I saw them a lot. As a spectator/photographer, this was FUN. There was not a moment of rest for me once that first horn went off until our last racer finished nearly 2 hours later. People were in costume again so it was really entertaining.