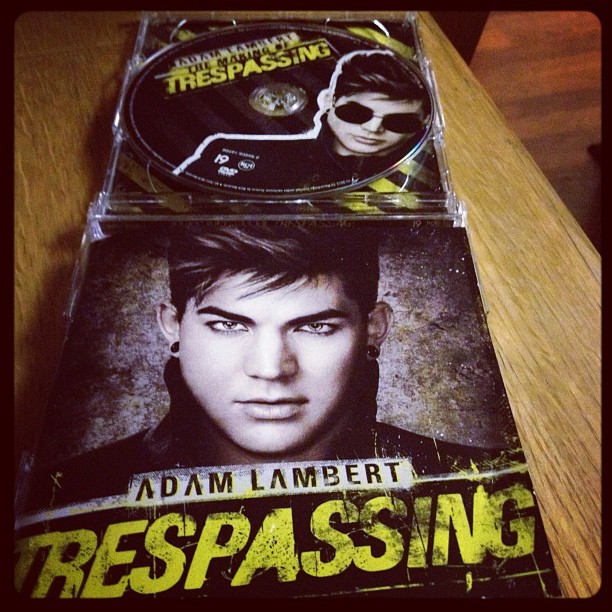 Arrived today! Of course I’ve been listening to the tracks streaming on his website since last week, but now I get to blast it in the car and finally load it on my phone and not be at the whims of a web stream. I’m pretty much guaranteed to love everything he sings – especially since he will never venture into country 🙂

Anyhow – thanks to the vets office I was able to qualify for an account with Care Credit in order to pay them off and avoid paying interest and finance charges. This is the same company I used when I had my laser eye surgery and they do interest free loans (as long as you pay off within a year) for medical procedures for smaller dollar amounts. I just didn’t know that included vet bills! HUGE relief because paying it off over a year is no problem at all.

I think both cats are still adjusting to the events. Chip is much more affectionate today though he still does NOT want to be picked up at all. We’ve had to start a new feeding routine and Amber is NOT happy about it at all. I’m not overly concerned. She could stand to lose a pound or two and I know she will start eating what is put in front of her in due time.

Work was mellow. It was also potentially mo rtifying though I think I wore the right outfit to cover up my faux pas. I had a slight wardrobe malfunction normally attributed to guys – my fly was down – from when I arrived until 10:00 when I discovered it. Sheesh.

I ran when I got home as planned. My goal is every other day. I’m hoping to do the full 3.2 loop but at the least I will do the 2.6 route. With hill at the end of course because why not torture myself completely? I usually end up keeping rhythm with my steps as I say in my head “I think I can, I think I can, I think I can!” I figure it worked for the Little Train so why not me? 🙂 Anyhow I did the full 3.2 tonight but purposefully slower finishing in just under 35 minutes. Felt OK. Not bad, not great, but fine. Hoping to pick up the pace Wednesday night.

Keeping in line with last week’s events, I’ll close tonight with a line from the song “Outlaws of Love” that Adam wrote in response to the LGBT struggle but as he points out, it works for anyone who feels threatened over who they love. A Romeo and Juliet interpretation can be applied so to speak as well as his own personal feelings about his freedom to love and marry who he wants:

They say we’ll rot in hell

Well I don’t think we will