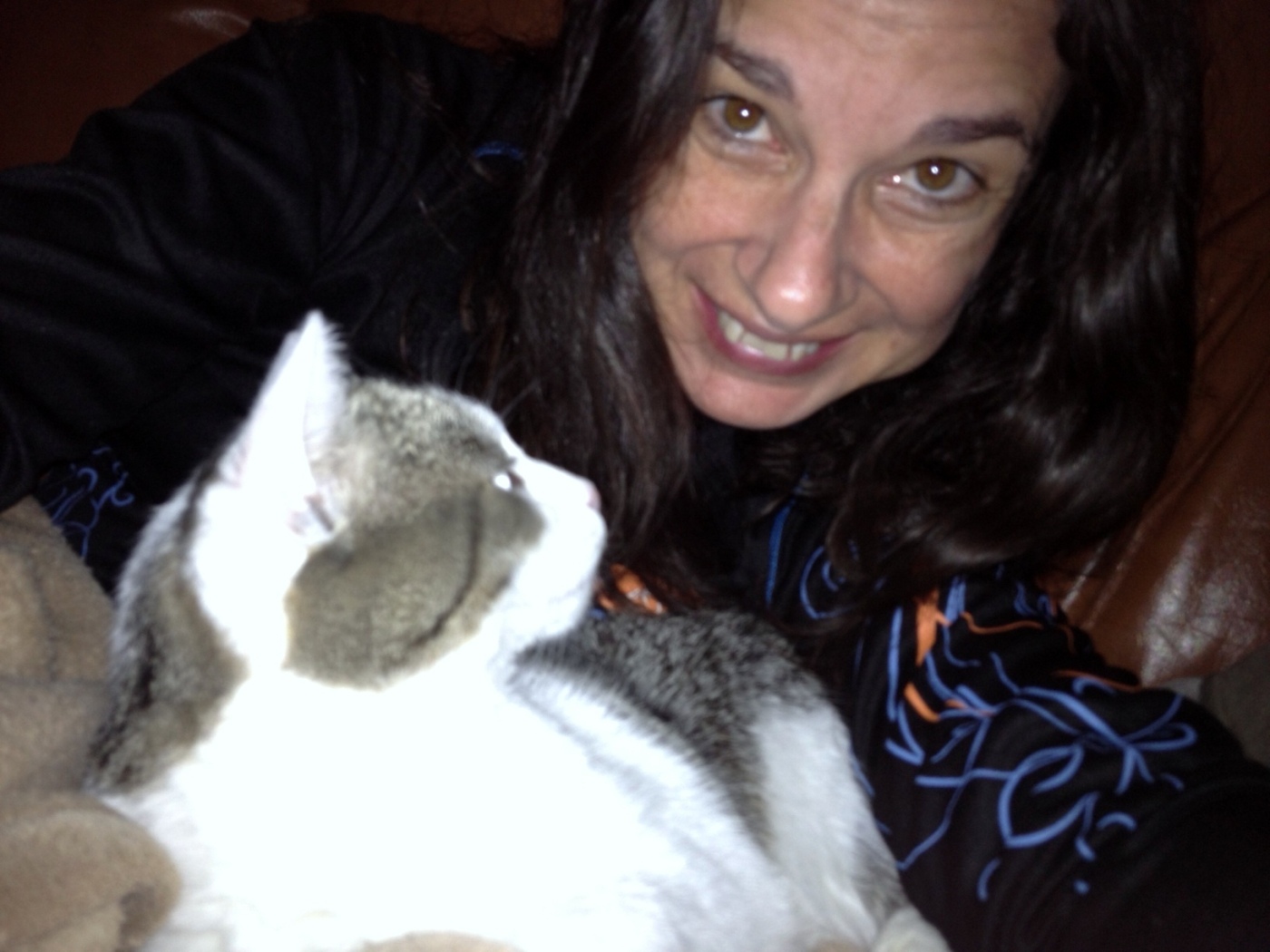 The day started off odd enough. First 15 was up and showering by 6:30 on his own – I can only imagine this was due to him having sort of reset his clock this week in preparation for yesterday’s REALLY early morning for the AP test. So I was in the office by 7:30 and rolling along by 8am when Eve called me. She wanted to see if I knew anything about a post on someone’s Facebook book that seemed to indicate someone we knew had died. But, I was not friends with this person and as we talked I could barely remember the woman she was asking about. I think I had met her maybe three times at race events. The guy on facebook who Eve knew though was someone I knew a little better since he had taken circuit classes with us back in the gym days and we had talked to him more extensively at the races. We both could only remember her first name. Eve said she would call a few others in our racing circle and let me know. Turns out, Melissa was this Melissa from the rather horrific crash on the freeway late Thursday night. In an instant, and what seems to have been without any warning at all since she never slowed down – she was gone. Here one moment, gone the next. Thankfully all alone in her car given that she has two young daughters (safety seats were found in the back of the van). But still. Gone.

Put quite the pallor on the day as you can imagine even though I cannot really specifically remember her.

For whatever reason Eve and I spent just about the rest of the day texting each other – mostly about our website projects. It was a good distraction and since we hadn’t really communicated all week it was much needed. As I mentioned yesterday, our Google rankings hit the site hard and while we are working on drastically improving the quality of the content in the ebook and on the site, we need to think of how far we want to go with this. We know it can run at a profit – not necessarily a huge one, but still a steady one. And it feels like our first baby and is certainly our test case where we are learning a ton about what to do and NOT do.

Anyhow – part way through the afternoon I noticed that I had apparently been unable to properly eat my yogurt this morning and I had a lovely peach colored dribble stain from on my depp purple shirt down to my black pants. Lord. Start the week with my zipper down, end it wearing my yogurt.

Good thing I work in a basement and can easily go several hours without anyone seeing much more than the top of my head in the cubicle farm!!

26 is off to his dad’s for a couple of days visiting and helping him install new floors at his place. Even though it’s been peaceful here all week, it is still a nice break for both of us.

15 decided to fill the gap by bringing a friend over to stay the night. One of his football buddies who he has befriended over the last year. Sweetheart of a guy. Pretty much 15’s physical opposite though! Super tall and skinny. I was very thankful that I had bought the larger sized can of re-fried beans for the planned bean and cheese burrito night. They ate so many that I warned 15 to open his bedroom windows and not create any sparks in that room tonight! It’s going to be quite dangerous in there!!

Kept up my pattern of running on even numbered days in May with a surprisingly strong 2.8 miles down and up two hills and kept it at a 9.50 min mile pace. Surprising given it was Friday and given how badly Wednesday went and that I was really not trying to go fast tonight. You just never know with running, I tell ya.

After dinner I sat on the sofa with the cats & watched TV. I cannot believe how closely I pay attention to their eating/drinking and litter box habits these days. I’m still concered about Chip drinking enough water. He needs encouragement so I am going to get a drinking fountain tomorrow with running water to draw his attention. Had one a couple of years ago and he liked it. He’s always been a “water” kitty in that just the sound of a faucet brings him running. He was super clingy tonight so I thought it was time to share a picture of him since he’s been THE main topic of conversation all month!

And because – well – gotta capture those moments, right?