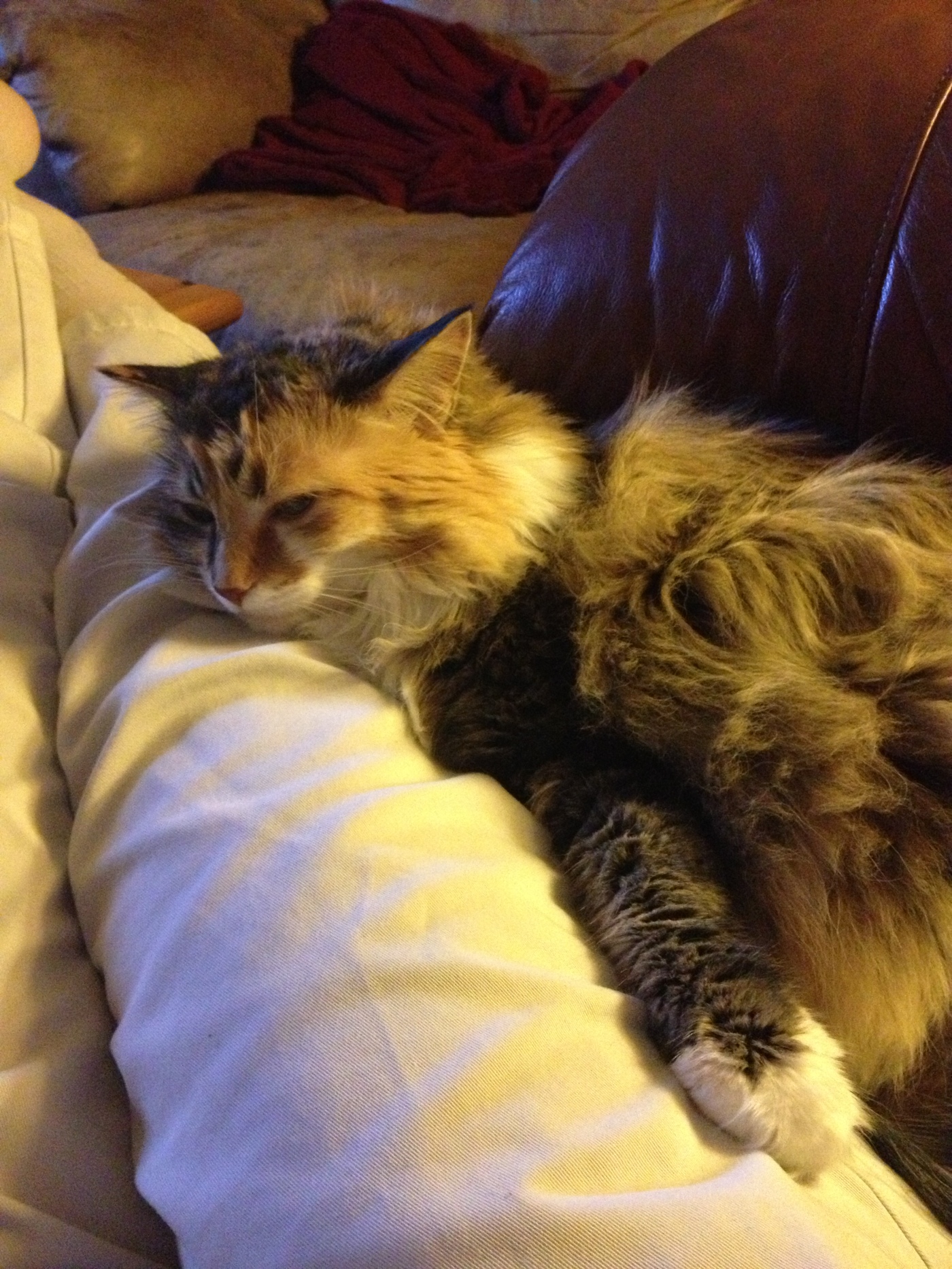 Friday night: after a week that was not necessarily as frazzling as last week, but included the extra special ingredient that was a Mon-Fri off and on (mostly on) hormonal series of head/shoulder/neck/sinus aches so…yeah…it sort of didn’t matter that I only had one football meeting to go to (which was actually quite good and productive)…all that dominate my sense of each day was how miserable I was. Grumpy and just working extra hard to keep my wits about it – which I did – but then I would be so so tired. Therefore, Friday night all I wanted to do was sit on the sofa and watch all the shows that had piled up on the DVR. And I did. From 6-11. Me, the cats and the remote. 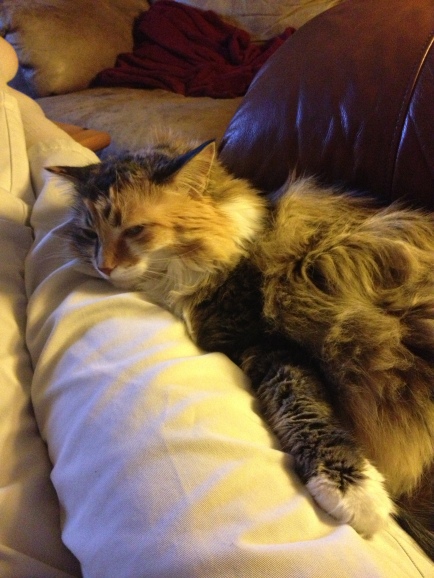 Saturday I woke up pain free and HAPPY! Oh yeah! I went to a boot camp and was thrilled to be able to do all the exercises with 100% effort. Then I had a meeting to learn about a new writing assignment for a local client, then I got home and wrote for Blogmutt to clear those off my agenda so I could write for the new client today. My goal was to write two posts, but I swear I was so amped up from feeling GOOD that I was able to knock out three and still have 30 minutes to spare! In a week when I would have been happy to sell 5 posts, instead I sold 7 ensuring another tank of gas will be funded by Blogmutt: 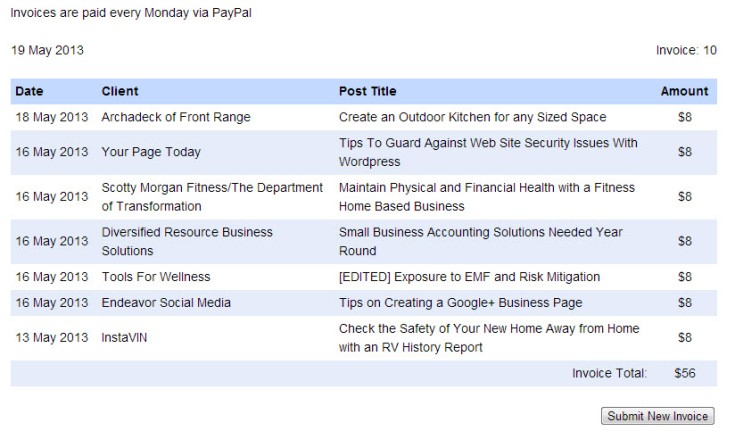 When my posts sell next week, I’ll hit level 5 in points and earn a Linkedin badge – which is pretty cool because it means more exposure to my freelance writing availability and credentials.

The main event this weekend was a neighborhood pizza party at a house across the street. There, we hung out in a yard that is smaller than mine but 1000 times more functional! The owner put in a completely functional kitchen/grill and pizza oven in one corner and a gorgeous fireplace in the other. He picked up raw pizza dough from a local restaurant and let us choose our toppings. It was so much fun and so yummy! The collage below is from the party – disclaimer – the beer bottle was empty! Seriously 🙂 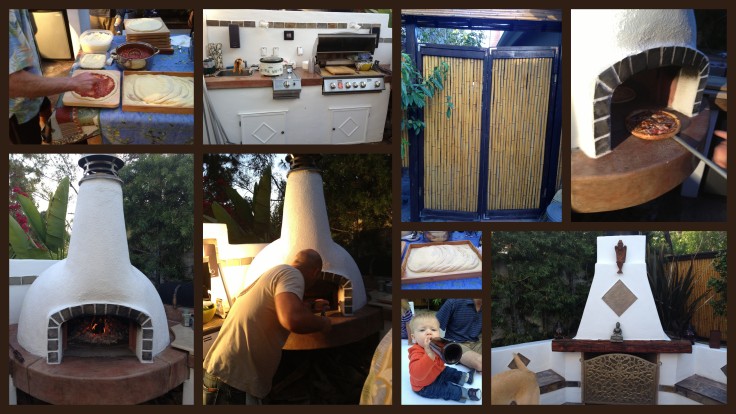 I managed to pull myself away at a decent hour and still get up early enough to join Renee for a run out on the switchback trails again. My first time tackling those hills since my IT band has calmed down. I am thrilled to discover that not only could I do the run without issue, but now several hours later after some decent sofa time, it is still totally fine. Hopefully that means I can increase my mileage again…slowly!

View from the top out over the Santa Fe Valley: 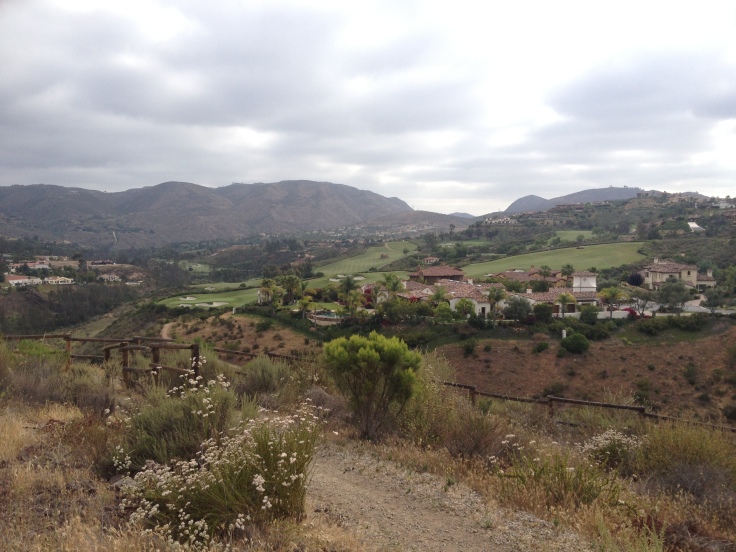 I hope your weekend refreshed you in the same way mine has.