We had visit #2 with Dr Youngberg this week. Two weeks since we started the detox routine. It took my mom a couple of days, but she’s gotten the routine down, though is completely focused on when it will END because it is pretty laborious. Given his high toxicity loads though, this will go on longer than 30 days. The good news? She’s noticed that he sits at the computer for longer periods of time than before….!!!! Yes, let that sink in. My dad has always loved fiddling around on the computer. He’s the classic elderly internet surfer. But as his mind has lost it’s ability to concentrate, he’s lost his joy in doing that because he pretty much forgets why he even sat down to turn it on, or why he is on a website after just a few minutes. However….apparently he’s able to sit there for longer periods of time again. Not hugely, but it was noticeable to her. OMG! WOW!

(For new readers, the super short summary is that my dad has Alzheimer’s and we have him enrolled in a protocol developed by a UCLA doctor who has been able to determine the varying direct causes of the disease and has come up with treatments that have been working. Look up Dr Dale Bredensen. Order his book coming out in August. Dr Youngberg is an authorized provider of the Bredesen protocol which we started in late May. Actual treatment started this month)

Here’s what I noticed: these trips to see Dr Youngberg are a half day long experience with my parents. I pick them up at the house, we have lunch, then we drive the 45 minutes to the doctor, then the drive back after the 60-90 minutes there…it’s a long time. Those first two visits (before any treatment), my dad would ask about why I was there, where we were going, who is the doctor, why are we seeing him, have we been there before the ENTIRE time before we would get there and even a couple more while we were in the waiting room. The second time, my mom and took turns answering, it was THAT often.

Here’s an analogy most people can understand….remember when you first had a baby and you and your partner would bargain with each other over who had to change the next diaper?

It was kinda like that for my mom and I on these trips. Plus…she deals with this short term memory fail all day every day so having someone else she can tag to answer his questions is a huge relief and I am happy to do that.

But I kid you not that we are talking DOZENS of TIMES! It’s a very difficult thing to watch and then to handle with any kind of consistent grace and patience.

Of course, the beauty is that if you do get a tad impatient and snap at him, well..let’s be honest, he’ll forget about it 5 minutes later 😉

Anyhow, my point is….on Thursday…..it was a LOT less. Like, noticeably less the more I think about it. While I was in it, I didn’t necessarily get it. He still asked repeatedly, but truly not as often. We never played the “it’s your turn” game because it really wasn’t that bad. Instead of every five minutes, it was maybe every 10 or 15..and after a bit it stopped entirely. On the way home, the routine would always be “Is Christina staying for dinner?” and this time he only asked that twice.

This visit the doctor filled in more data points, noted my dad’s blood sugar tests showed his drops precipitously after meals and so he added in some supplemental powders to be mixed as a smoothie/shake twice a day that are high glycemic/protein/greens.

The ERMI environmental test hasn’t come back yet, and we did the deep nasal swab in the office so that one is just now in the mail. More appointments to fill in the rest of his chart are setup for 7/31, 8/25 & 8/30. Most likely another round of blood tests to see how the treatment is impacting his toxin levels will be done in August.

This all happens in small stages because there is SO MUCH information and every treatment plan is complex and personalized. It already feels overwhelming….I cannot imagine what it would be like if we had everything all at once!

And yet……there is HOPE….that emotion that hit me in my chest when I heard about the Bredesen protocol. HOPE in the form of hearing about another patient being able to do a jigsaw puzzle after a few weeks and being able to find his way around a store by himself when he couldn’t before. HOPE in seeing my dad regain a small amount of concentration ability. HOPE in seeing him retain information longer. 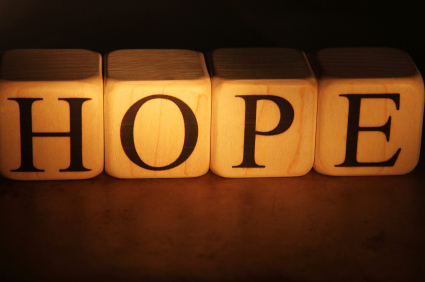 One thought on “A ray of hope?”