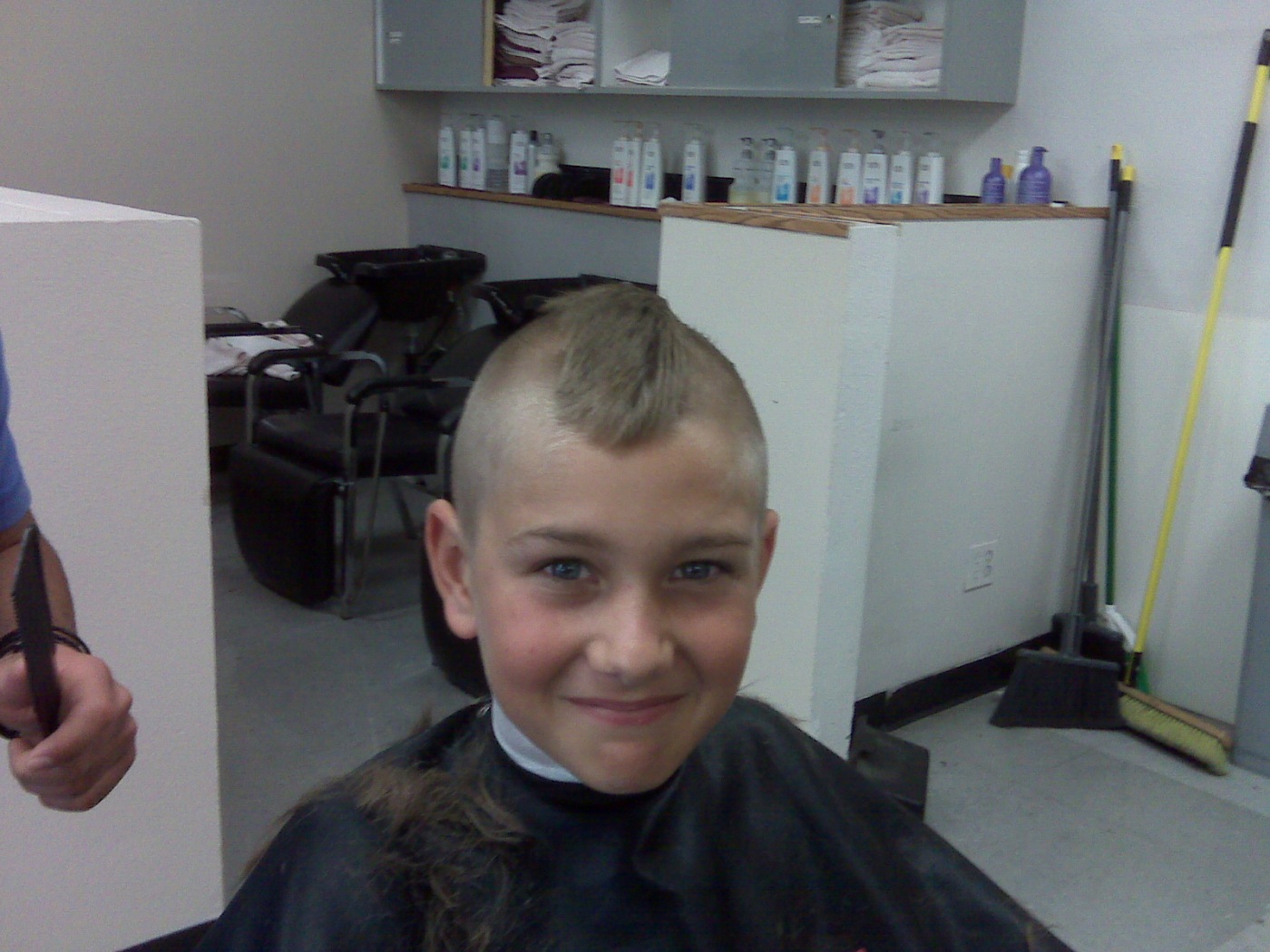 Thanks to a visit by Robin, I got to spend a day off work doing my most favorite thing – touring coastal San Diego’s most beautiful view points. She takes the most beautiful pictures so I did not even bother trying to compete, but a couple of times I could not resist so these are from the camera on the phone. First though, let’s see if I can figure out HOW to upload pictures with this new word press dashboard!! Testing 1-2-3:

Well, that is pretty cool! I was able to load all those pictures at once as a ‘gallery’ instead of one by one. Yes, they are a repeat of what I just posted to flickr. First one is Sportboy in mid-buzz cut from last weekend. Evidence that he had a mohawk for a minute anyway 🙂 Then some wildflowers from the trail yesterday. I got so tired of not knowing what we were seeing that I bought some books at the lodge afterwards. Now I know that yes, there is a bush poppy which is different from the more compact poppy which is the state flower. I also know that the yellow flowers we referred to as daisies are, in fact, a variety of dahlia and sunflower. The dahlia has a yellow center and grows on a taller stem so that they seem to sway in the breeze and the other has a black center and blooms on a more compact shrub. I also know that the red monkey flower which I was expecting to see in one particular spot in more abundance is more likely to bloom out in May so it was just too early for those.

If you read Robin’s post, you get more details of the day including our peregrine falcon sighting. That was a real treat because I had just told her about the day many years ago when I spotted a pair of falcons performing an aerial display that took my breath away. As we approached that same spot on the trail, one flew right by us and I got a great look at it head on so that I saw the gorgeous face mask.

We had a leisurely lunch in Del Mar and I dropped her back to her condo in Mission Beach. I do think that would be a fun way to spend a week – renting a boardwalk condo. You get a bird’s eye view of the beach, the constant sounds of the waves, and also a front row seat for all the fruits and nuts walking/biking/roller blading along 🙂

3 thoughts on “A perfect day off”