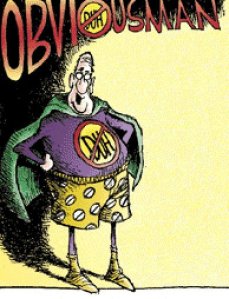 Stealing from Twitter again – this time the Breaking News feed:

Former Gov. Sarah Palin of Alaska has signed on as a contributor to the Fox News Channel

This is not really BreakingNews’ fault of course, but – DUH!!!!!!!!!! I’m not sure those really qualify as “Breaking!” when we all pretty much knew those things would happen (Palin/Fox marriage) or did happen (McGuire/Steroids)

As many folks followed up with after these two hit – in other news, water is wet, grass is green and the sun will set in the west tonight 😉

Oh, and the suggested titles of Sarah Palin’s show by my uber-snarky twitter pals? “Northern Overexposure”, “The Winkie Defense”, “Also”,  “Show to Nowhere” and of course dozens of variations on quitting after just a few shows. Hysterical. But then, she’s kind of a walking straight man for anyone with a sense of humor. We all immediately pictured something along the lines of Sue Sylvester’s opinion segments on Glee 🙂

And McGuire? Well, the only real ‘news” from this is that it gives Jose Canseco’s book Juiced even more credibility. When the book came out, people were screaming that it was all jealousy! and gossip! and So Not True! Yet, one by one the folks who he fingered as users are dropping like flies and admitting the truth. I was never really interested in reading the book since I always viewed him as just another egomaniac player too cocky for his own good, but now…well..it might become one of my Year of the Book entries in 2010!

One thought on “Things that make you go “DUH!””