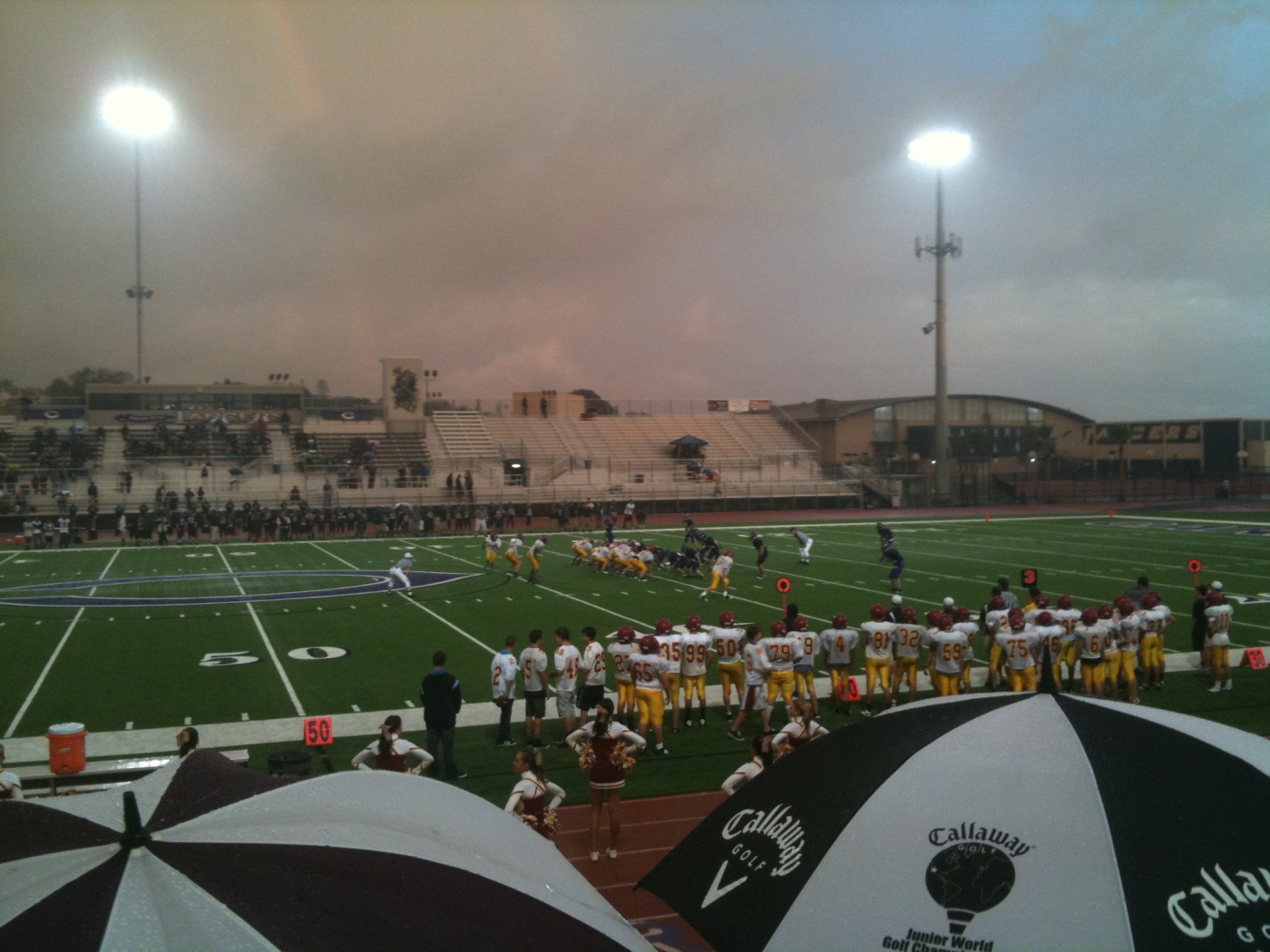 It’ always weird how weather patterns work in San Diego. This game was about 10 miles north of where we live. It had rained from about 9am through lunchtime at SportsBoy’s school & also at my office. 15 miles South in downtown the Padres were playing a game that started at 4:00pm – a delay of 30 mins due to rain but then it was dry the rest of the time. The location for the freshman game at the same time? Non stop showers all day long including during the entire game. Every time we thought it was easing up, we would see a bank of ominous looking clouds and the skies would open up again.

We were probably lucky there was no lightening with it as the rest of the county was getting plenty of that along with the rain! Anyway, the conditions sure did not help our boys 😦  They were going up against another one of those clearly bigger/faster teams. They are probably lucky to have only lost 24-6.  I suspect that the other team switched out some players in the second half when they already lead 24-0.  Even though both teams had quite the struggle hanging onto the ball, they could at least score if they managed to hold onto it. Our team scored at the end when pretty much both sides had rotated to put in more subs which was some kind of ego boost at least!

Check out those cheerleaders though! I give them major props for standing out in the constant downpour and remaining spirited and on their feet through all their cheers & routines. They did wisely not do any lifts or tosses yesterday.

As with any rainstorm or football loss though, there is often a bright spot – no injuries and several players had strong individual games. SB didn’t touch the ball of course since there was even less chance of a long pass play in those conditions but he made his blocks.  And partway through the 3rd quarter as the sun broke through to the west behind us as it set, we were treated to a lovely double rainbow display

(Vegas report coming this weekend. Let’s just say the weather there was a tad different)