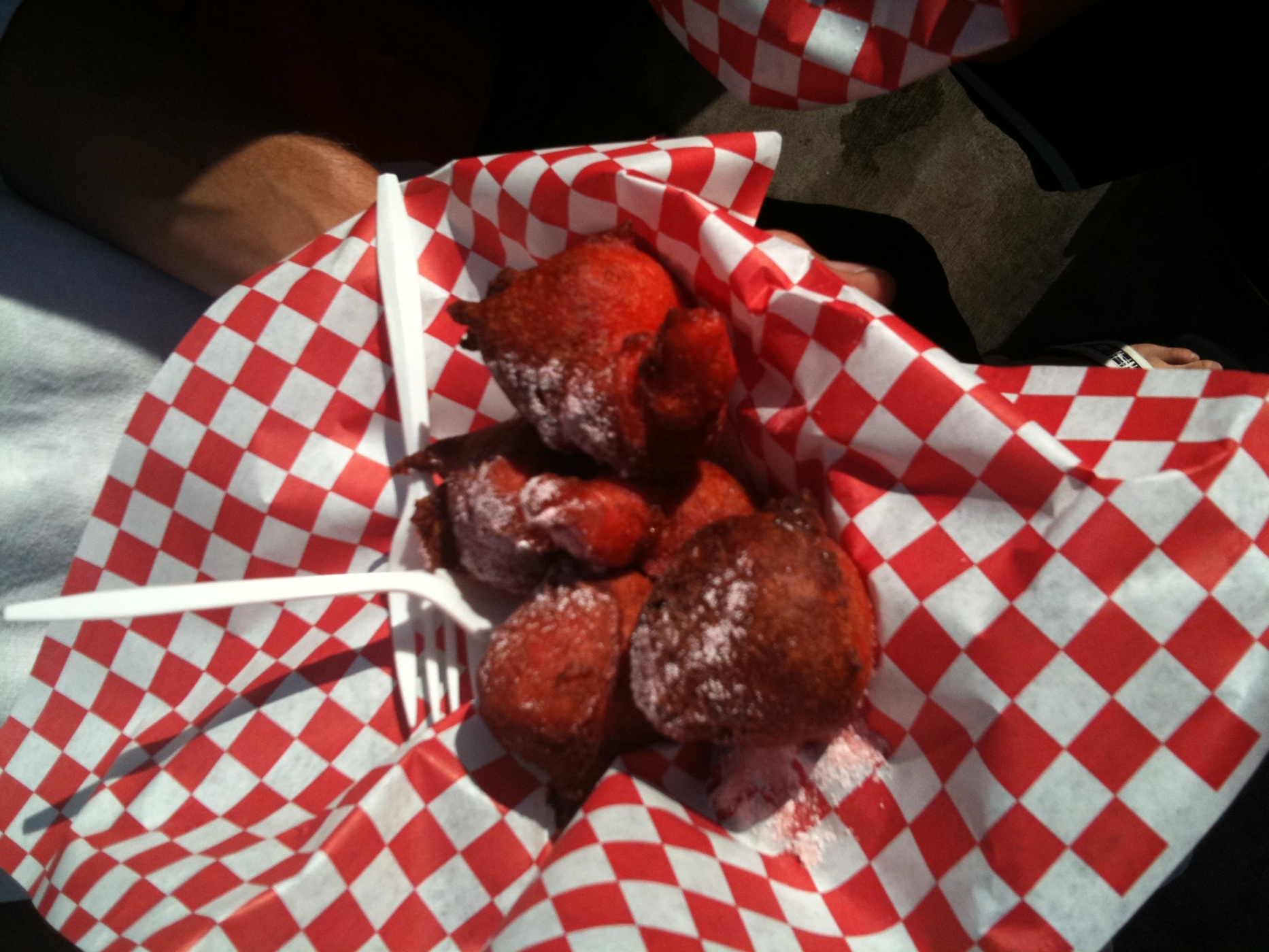 It was good – but I don’t think I would pass up on my Deep Fried Oreos for them. Those are just…well…still as awesome as I expected. Thankfully the boys were at the fair with me so we could order up a batch of both and each get a taste without totally stuffing ourselves (though I did still feel plenty sugared out when we were done!)

Possibly blurry because my hand was shaking? Possibly. I don’t know – it is always so funny to go on that. MM acts all confident until the moment he gets in and then he folds into a ball of fright. He was sitting on the floor of the cup gripping the center bar with all his life. I stayed on the seat, but was also momentarily struck with the frights as the wheel went up to load more people. I was alternately opening and closing my eyes and trying to breathe and also perhaps gripping the bar a bit tightly. Then SB reminded me that I usually handle this just fine and that maybe I would feel better once it got moving and voila! He was right. In motion I was totally fine. Even as it slowed down again to start letting people off I was able to pull out my phone and take this shot. As you can see, MM started to relax too.

We had initially tried to get on the wheel to time it with the fireworks but given our reaction that would have been useless so I was glad we were off and had plenty of time to get out to the back parking lot to watch the show. Surrounded by car alarms going off with each deep boom 🙂