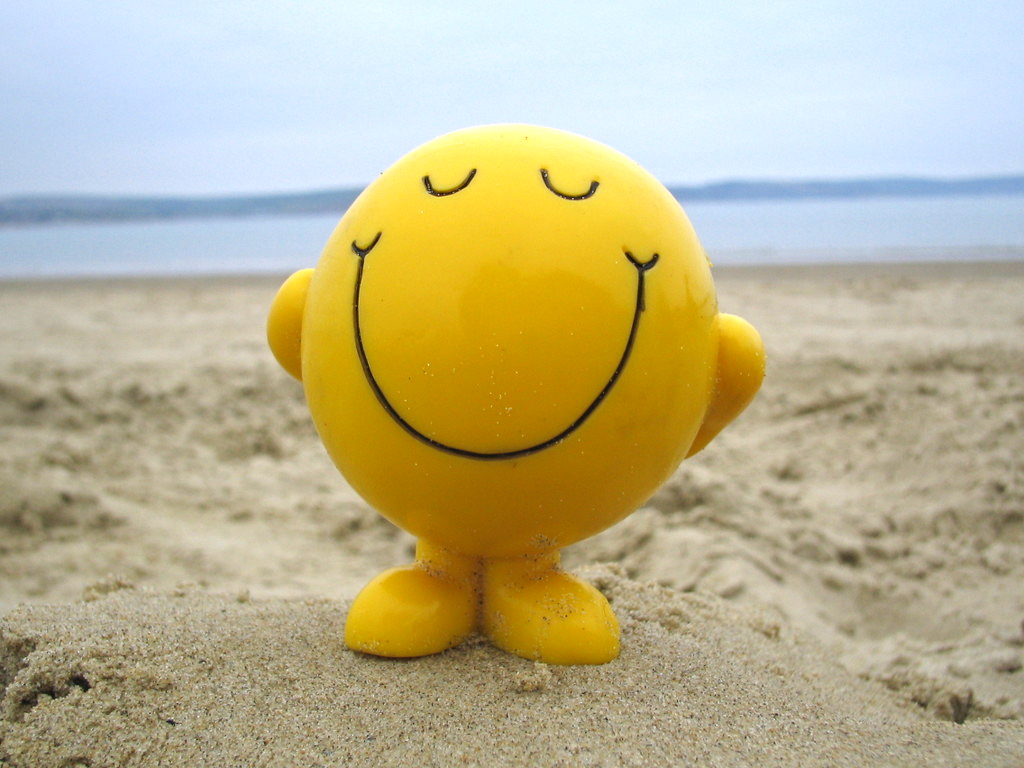 Do you know people who are always happy?

Like when they smile you can just SEE how real it is?

I do – and to my great surprise (ok, maybe I just suck as a friend), I just put all this together about some friends of mine who I have known since 1990. I was visiting with them this weekend and finally heard the story of their childhoods and was frankly, floored.

And this isn’t fake. Not in the least.

The thing is, these two people started out with a bazillion reasons to not be happy. To be bitter. Afraid. Angry. Sad. Defeated. Depressed. Maybe even settling for content at some point. But no, there was no settling with them.

Yeah, let that sink in as you think about what the next two decades must have been like eh?

Let’s start with N. She was born in late 1953. Her family was fairly wealthy, and well educated and planned from the outset to send their children off to France to study after high school. The French, of course, had a very deep influence in that part of the world and N grew up learning French as a second language in preparation. In 1968 she was still a year away from when she was slated to leave for France.

They lived outside of Saigon in a suburb or village. A nice one. With bigger than usual houses for that time in that part of the world.

Furniture that saved their lives.

As the first of the bombs rained down, her parents ordered all the kids to huddle under the table. The very BIG, very HEAVY dining room table. The parents joined them underneath, held them close and her mom just kept yelling “PRAY! PRAY! PRAY as hard as you can!”

And N prayed. She doesn’t remember what prayers she said in her mind or out loud, but she obeyed her mother to the fullest.

And then the bombs stopped.

When the only sounds they could hear were screams and cries, but no more ear deafening booms, they peeked out.

And they saw sky.

Nothing but that awesome, magnificent table – and all of them – safe.

They fled to Saigon, being blessed with being wealthy they had options and resources. In 1969 N went off to France as scheduled. Not yet 17, but that was the plan, she was the oldest, she was ready, there was a boarding school and it guaranteed at least one child’s safety until the “unrest” as they called it, would be over.

They had no idea.

Now I will spare you the suspense and assure you that all of her family survived. One by one over the years each sibling and eventually the parents as well made it out.

N was in France for 2 years studying as her parent’s sent over money to support her. Her plan was to finish college and then head over to the US for a graduate degree. Then the money stopped. In 1972 when everything completely fell into the hands of the Communist North Vietnamese, they lost their money. So, what did N do? She got a job and school had to take a little (lot) longer than she planned. She finally did make it to the US landing on the west coast, married and then divorced she kept working and studying now learning English a lot faster than she anticipated.

Let’s cut away to K.

K was not as blessed as N in terms of family support. He and his brother were doing their best going to school and trying to adjust to living in a communist world. He is a bit younger than N so was still finishing up his undergrad degree on into the late 70s. But he chafed at the control.

Oh, how he chafed.

Can you imagine being able to dream about being all you could be as child? Only to have it all not just taken away, but brutally so?

Just as K was beginning high school and thinking about what he would study in college, the government started to TELL him what he could study. What to wear, where to live, what jobs and classes were approved.

So he did what so many many of his fellow Vietnamese did back then.

In 1981 he piled onto a boat with 65 other desperate souls and shoved away from his homeland.

No clue where they would end up. Knowing if they were caught they would be in a concentration camp for eternity. But willing to risk it anyway to have even a sliver of a chance of freedom.

A fishing boat from Bangkok found them adrift at sea after two nights and they were towed into safety.

After a year in Thailand, K got his student visa to travel to the US. Like N, he took a crash course in English and enrolled in school.

Two years later his brother made the same choice and was equally blessed to make it to safety and eventually to join K.

And there, on the campus at UC Berkeley, K and N met while in graduate school.

So, can you see why I said they have every reason to NOT be completely happy? To be bitter, or morose, or at the least very very fearful people?

Sure, you always HOPE that when people turn their lives around as intensely as they did that the overwhelming feeling is one of gratitude and joy and happiness.

But how many times does that really HAPPEN?

Most everyone who comes from places of such horror and fear and devastation as children end up carrying some of that with them even decades later.

In fact, I usually refer to N as the most FORGIVING soul I have ever met. You see, I met her at work and we went through some kind of hard years at the old university together. We had a truly bullying boss for awhile who particularly picked on N. So many days I spent in her office as she cried over the latest shouting match. After that situation was finally fixed with the ouster of the bully, she then had to deal with some truly overwrought drama queen employees. One of whom walked out and then was so mad when she tried to come BACK and wasn’t allowed to that she sued. And she named N specifically in the suit. I was marginally involved and had to give a deposition in the case to defend N because I was a witness to the actual “I’m out! I quit!” event. That was hurtful because N truly trusted people and couldn’t imagine them being that selfish and angry.

Did you get that?

N – who survived a bombing by hiding under a table – who had seen plenty of people in power being ugly to each other in her youth – could not fathom that these people we worked with would be that seriously upset as to file a lawsuit.

I was mostly pissed off beyond all belief that anyone could sue a woman who I knew had not one unkind, revengeful, manipulative bone in her body.

Thankfully – much like other more dramatic parts of her life, this also passed without too much kerfuffle other than the strain of having to go through some depositions. No judge would hear the case and it was finally dropped.

And do you know what this ridiculously kind soul did?

Several years after the lawsuit, N had moved on to work at (of all places) a law school. Along the line, she had a job opening and she knew that L – the person who sued her – had still not found another good full time job. So N hired her!

We went through all that angst and you FORGAVE this woman?!

Not one single resentful, unkind, unforgiving, anger ridden bone in her body!

Anyhow, while I miss her at work, but she is very happy (a theme!) at her no longer new school. She practically runs that place now 🙂 I am so proud of her and happy that she found such a great job. She and K have one son who has known a life as opposite of his parent’s that it is really rather amazing. Most amazing is that even though most would call him spoiled, he is just a fantastic guy. He has taken advantage of every push and nudge they gave him and graduated college and is working now with his dad.

He inherited his parent’s truly happy smiles. And, seems to have absorbed their true happiness.

They have a gorgeous new house on a few acres of land with stunning views of the foothills and a lake out about 10 miles east of me. Vanishing edge pool, TV’s everywhere, those multiple wireless networks, the most gorgeous and cleanest garage I’ve ever seen. One person at the party this weekend made a lot of comments which sounded a bit like jealousy. I could be jealous – but even had I not known where they came from I wouldn’t have been.

If ever two people deserved some financial luxury just by being the wonderful, happy, kind, forgiving, generous souls they are, it is them.

Maybe that’s what she prayed for under that table that fateful day? Must have been. “Dear God, get us out of here unharmed and I will be happy for the rest of my life!”

I think she’s doing a fantastic job of keeping that promise.

6 thoughts on “A Happy Little Tale That Almost Wasn’t”