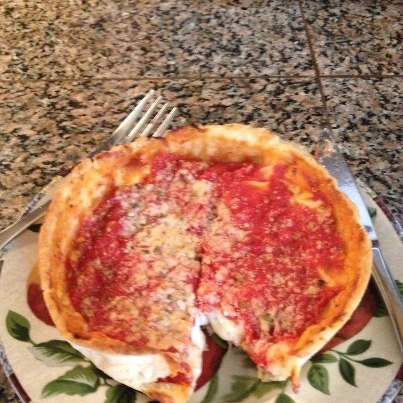 Now, you can take that line from the classic song and interpret it many ways.

Most people take it to refer to the less than perfect days.

Sorta like Friday. Which started out so so. I was bored out of my mind because the one thing I really needed to get done at work was completed in 10 minutes before 8am had even clicked over (yes, I get started early when I don’t have to drop off 16 to school).

The rest of the day I was pretty bored and rather discreetly futzed around on twitter most of the day.

Got to the Friday Night Lights game around 6pm. It was an away, though not terribly far away (thankfully!). Literally one school district east of us actually.

The night started out quite pleasantly as I ran into a long time friend from our baseball years and caught up with him for a bit. My parents showed up and we settled in for the big game. The high school we were visiting put on the best National Anthem ceremony all year with a color guard and full band and the stadium – even though quite packed – went completely silent while the color guard marched to the center of the field. It was really beautiful.

Then the game started and while we came out on the short end (14-13), it was exciting and there were some good plays by our boys DESPITE the truly horrendous officiating. So we trudged off the field not feeling quite so uplifted any more. My parents and I parted ways in the parking lot and I made my way home. Then my mom calls “We can’t find our car…are you still here?” Uh oh. When she found out I was already on my way home she told me to go on and they found security to help them go up and own the aisles.

Unfortunately, the car was gone 😦 A 2000 Honda Civic with no extra security on it was just ripe for car thieves who probably got in and out of there in less than five minutes. So I did ended up going back and picking them up and taking them home.

So damn aggravating!! Police reports and insurance claims and DMV and…sigh….at least they have another car, but it means postponement of a planned vacation and since they didn’t have comprehensive coverage, it also means figuring out how to pay for another car.

The funny thing is, I woke up Saturday still with that bad taste in my mouth and thought “Ok Saturday, what can you do to make up for Friday night because that pretty much sucked and I need a palate cleanser!”

Enter, The Boyfriend……who came over to spend the day with me since he’s been out of town for work for the last 2 weeks. Got him caught up and started on thinking about finding a replacement car, caught up everything else, went for a trail run and had lunch. Oh yeah. Lunch. Remember how I asked for a palate cleanser? Well, I got it:

The best pizza that I have ever had, no contest. Lou Malnatis. <——— Click on that link! Order some to be shipped to you. You will love me and thank me for it. I first had some when we went to Chicago for the August Moms reunion several years ago. When I learned they shipped, I used to order some once a year or so as a treat. Then I just forgot about it or else didn’t have the money to justify it…I don’t know what happened. But….as soon as The Boyfriend landed there he remembered it and asked me the name and found the one closest to where he was staying and ate, well…a lot of it while he was there! He brought me back this one and I ate every last crumb. They taste really amazing even after freezing and shipping/transport. And the deal they have for 6 pizzas on their site right now? REALLY GOOD.

Would it be horrible to serve pizza for Christmas? 🙂

So yeah, there’s days like Friday, and then days like Saturday. Mama said there’d be days like this. I prefer to think about the yummier, happier ones when I hear that line.