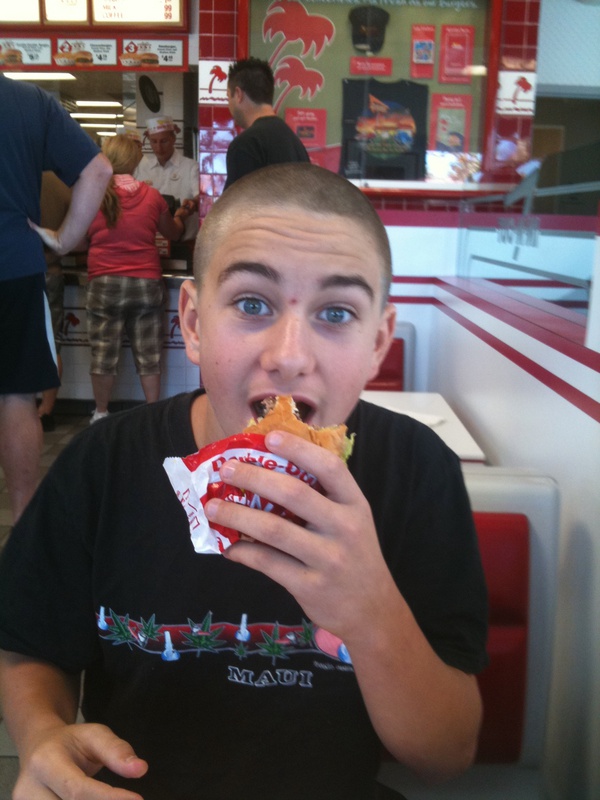 Sports Boy returned home late Thursday night from his travels to his dad’s family in Sweden. 6 weeks later and he’s easily grown another 1/2 inch, his shoe size is up to 9.5 (a full size more than his dad – yay!) and he weighs 114. Still small for a freshman football player, yes, but getting better and with his feet still growing that means he will certainly be taller than his dad.

We still have another few days until football starts – which seems SO WEIRD! Usually he returns and starts practice the very next day. Pop Warner began this week so little players in crimson helmets are running all over the fields around my house and that he is not one of them? Bizzaro world!

However, we did go through a few standard post-landing rituals:

A word on that backpack. When SB started Kindergarten, I bought him an orange & black Jansport backpack. It was too big for him for sure, but he loved it. Carried it during elementary school for at least 3 years. Then he was given a new one by family in Sweden, then he wanted a blue one and over the years he’s carried different ones for school – all of which have ripped & torn & broken before the school year was out. Every last one. Except the Jansport. Old faithful orange was retired from daily use, but became his summer back up for camps and is what he has carried on this flights to Sweden every year. This year it was SO heavily packed with his laptop and a book and PSP and charger chords and lord knows what else. It was heavier than his suitcase! And yet it was FINE. Not a rip or tear in sight for over 8 years! Sure, it looks like hell since the orange has faded to salmon, but it WORKS. So, for high school I decided to treat him to another Jansport. One that will hopefully be his LAST one I have to buy. Don’t ask how much. Or about the price on those gorgeous new size 10.5 football cleats (Nike’s run small and you always want a half size bigger with athletic shoes).  Let’s just say that I may need to start selling things again. Hmmmm….what was that I said before that if it’s not moving it goes on Ebay? 🙂 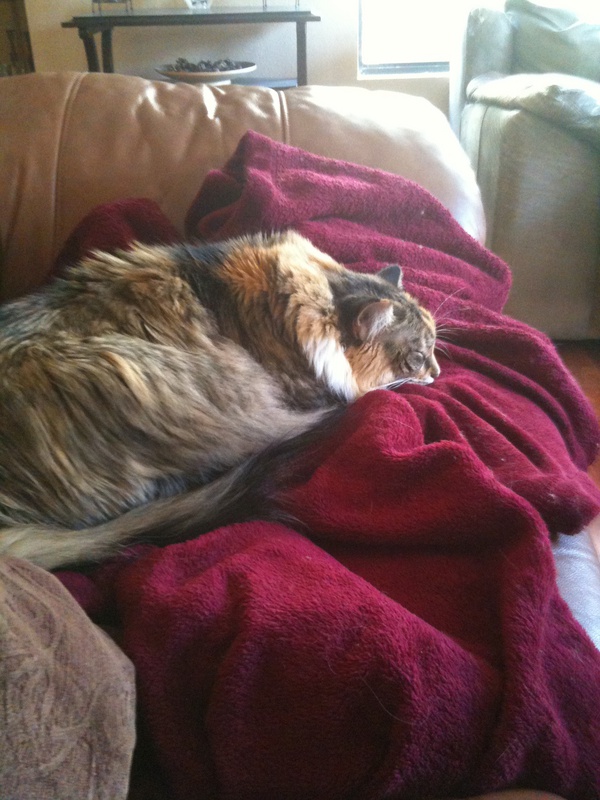