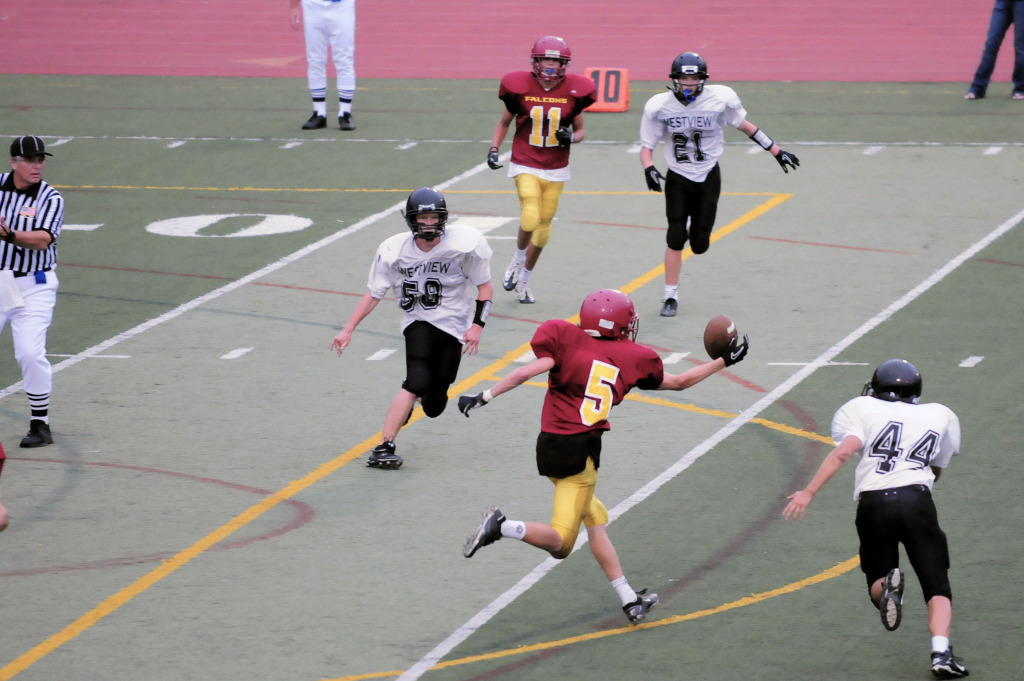 A home game this time and the first one that #88 missed. Boy it was odd seeing him on the sidelines! Unfortunately I am now used to it 😦

Fortunately it was a very GOOD game. All those things that we normally complained about after those prior loses vanished. They tackled VERY well. They didn’t let the referees take the game into their hands and miraculously, they threw the ball! A lot! And successfully too. Two players stood out – our two receivers/running backs. #11 is also the kicker and not only did he kick every extra point successfully, but his punts were all spectacular pinning opponents back. #5 showed us hands mindful of our own player from last year. He and #11 also had some game saving tackles. Yes, the starting lineup has been so depleted by injury (I counted 13 on the sidelines this game) that players are back to playing both ways though NOT on every play. It was a wild back and forth game that finally settled into the good guy’s hands when #5 stepped in front of the intended receiver to intercept a pass late in the 4th quarter of a tie ball game and ran it all the way in for the game winning TD. 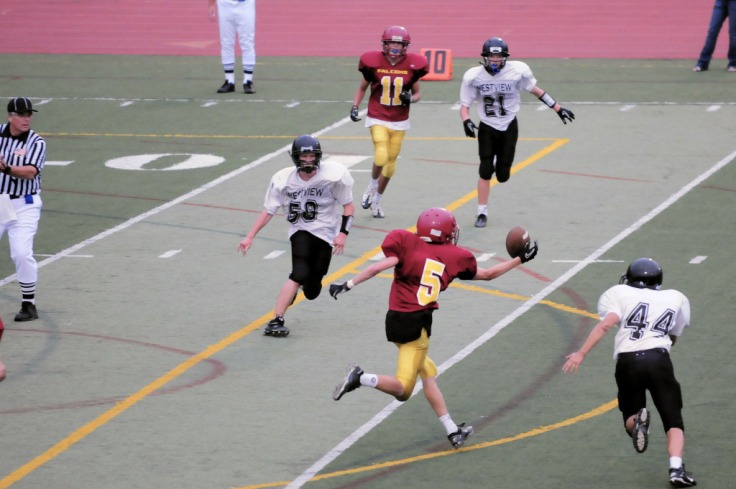 The Falcons ended up winning 28-21 bringing their record to an even 3-3 on the season. It was definitely a win to build on.