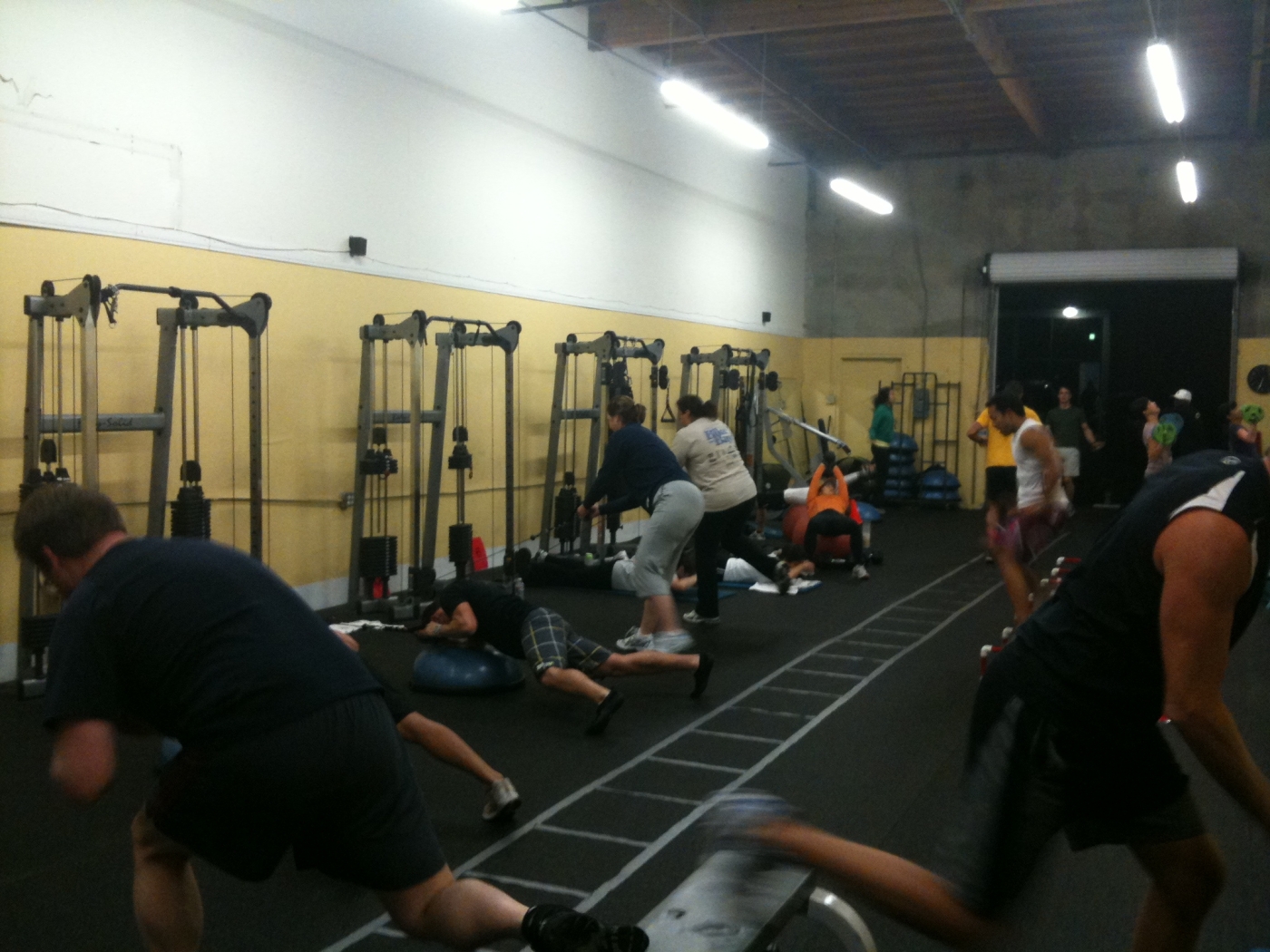 What a week! I’ve actually learned a lot thanks to being so riveted by the scenes from Egypt all week. Wikipedia has been put to the test! The Oct6 bridge was one – named for the beginning of the Yom Kippur war. And I will get a little deeper than I have in previous weeks. However, first, a little peek into what my oft referred to workouts looks like:

Yes, I chose this one because you cannot see me 🙂 I’m down on the floor doing “supermans” in front of the person on the red ball lifting a large hand weight over her head. Trust me on that! However, every once of the exercises you see them doing was done by all of us. ‘Tis not easy and I am really enjoying the people in the gym with me and also feeling stronger thanks to the routines.

So the first two are simply words which I have seen or heard used a lot in the last few years and which I had pretty much figured OUT, but just never would use them myself since I really didn’t know their meaning or origin before.

Do you know words like that? Ones you see and wonder about, but things like life get in the way and you just never get around to looking them up? And you are afraid to use them in case you either pronounce them wrong or totally blow it in how you use it? These were mine and I FINALLY (thanks to this little weekly assignment), looked them up!

Grok – as in “I grok your grommet” – ok, yes I know, a weird sentence in and of itself but it was left as a reply to a facebook status conversation and it’s what reminded me to look it up 🙂 I knew from context of use that it meant ‘to like’ or ‘to understand’ which was basically correct, but really it’s about having an even deeper understanding of something – to drink it up. Here’s the meaning from Urban Dictionary:

Taken from the book ‘Stranger in a Strange Land,’ literally meaning ‘to drink’ but taken to mean ‘understanding.’ Often used by programmers and other assorted geeks.
It took me a long time to grok Perl, but now I can read it without going blind!
Too funny since it was while in company with a bunch of geeks that I started seeing the term used regularly!
Natch – as in “I first heard the word grok while in the company of a bunch of geeks. Natch.” Well, this one comes down to simple laziness doesn’t it? Natch is short for ‘naturally’. That was a bit of a disappointment! Can you imagine how the classic Who’s on First routine would sound taking the lazy approach?

Costello: Look, if I throw the ball to first base, somebody’s gotta get it. Now who has it?

Costello: So I pick up the ball and I throw it to Naturally.

Abbott: No you don’t, you throw the ball to Who.

And so on…..lol – ok, reading that made me giggle and I had to read the whole thing and now I’m really laughing. Such a classic bit! I linked to up there – take a moment to give yourself a belly laugh.

Now, on to the deeper something I learned this week.

I learned that no matter HOW horrible I might think our media is – and they can be pretty, depressingly, horrible – have you SEEN Glenn Beck this week? HOW the HELL is he on a so called NEWS station?! HOW can people BELIEVE his nonsense? Do any of you who seriously watch him not KNOW that he’s probably the greatest STORY teller on TV, but hasn’t approached truth in…oh….years? Caliphates??

Sorry – I digressed there. Ok, so, yes, our media is not quite the highest quality all the time. BUT…and this is a huge BUT….at least they are FREE. They are free to spew whatever comes into their brains night after night. More importantly, they are free to show all of us events as they unfold. There is no State TV. There are no government paid thugs chasing them down and jailing them and beating them up and stealing their cameras & equipment in order to shut down broadcasting of events the government doesn’t want shown. After five days of relative safety and the freedom to show the pro democracy protests in Egypt, the last 48 hours have shown what happens when  a totalitarian government says “enough!” and decides to take control of the message going out to the world.

I am sure many of you living in free countries, with an independent, free press are watching what has been happening in Egypt and are wishing with all your hearts that peace is maintained. Yet, we fear that will not be the case given how the government has spent their time darkening the cameras. I wish for peaceful protests. I wish the Mubarak regime would see what the rest of us can see so clearly – the he has to leave. I wish safety for the brave journalists from around the world.

3 thoughts on “This week in learning: Grok, natch and freedom”