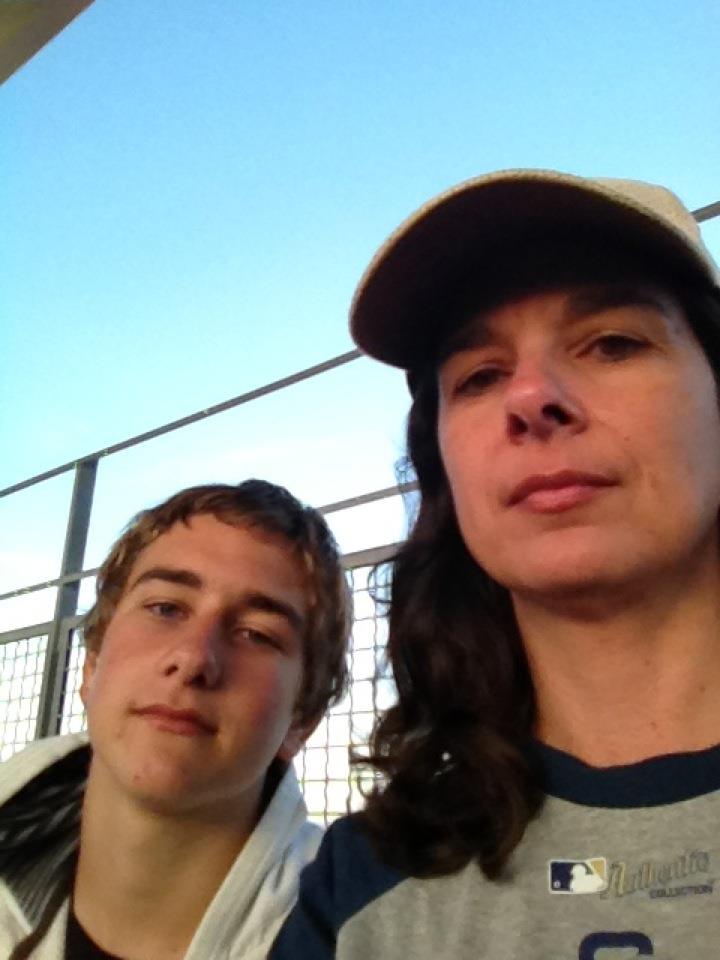 This will have to be quick as I am fading fast.

The day started at the vet with Chip the peeing cat. As the vet examined him and started rattling off the list of test she wanted to run (and I saw my savings account draining as she spoke), she had the stethoscope on him and announced “Oh, so he has a heart murmur?!” WTF? No! Um…no? At that point even though my head was already filled with talk of replacing both litter boxes (they get put off by the accumulation of odors over time), adding another one (there should be two per cat IF you have room), buying all new litter (switching back to his all time favorite Fresh Step), talking to the boys about ways we can eliminate stressors in his mind (access to all rooms and keeping the vacuum in the closet when not in use – last thing he peed on inappropriately was that) and a host of other things like new food, brushing their teeth every night, giving him pain meds and possibly even anti-anxiety meds (a cat? Lord!)…….NOW she thinks he needs to see a kitty-cardiologist??!!!

I left him for the urine and kidney lab work and told them to give me an estimate for a later date on the heart work. Then I posted about it all on facebook and Thank GAWD my sweet kitty mama friends assured me that a heart murmur is something cats can live with. Three of them had kitties who lived into old age with the condition without any treatment. So, now I don’t feel so bad about telling the vet that I would be putting that off – make a note in chart if he ever needs any kind of surgery, but no thanks on the $1,000 worth of cardio testing. Yes. $1,000. For TESTS.

Love ya Chip, but no. Not now. All I want you to do is go back to peeing in litter boxes. There are now three bright shiny new ones in the house. All easily accessible to them any time of the day or night. I also got some Feliway to treat the areas where he did pee over the last week to hopefully deter him from using those spots again.

The most likely scenario (after his kidney extra came back clear of stones thank heavens – cultures wont be back until Monday) is that he was constipated over the holidays which put pressure on his bladder and made it either hard to urinate or else hurt and then most likely to sort of go without warning. So he associated pain with the main litter box, couldn’t always access the back up (in 15’s room and he shuts the door) and then once he peed on the floor he just kept re-using those spots.

So the theory is that new litter boxes, more of them, and fresh litter in his prefered brand should get him back on track since he should have no current issues that we could find.

Or, as I put to him today when we got home “See Chip? While you were out, we totally remodeled your bathrooms for you and even installed a whole new one! You are so spoiled :)”

Thankfully the day ended of a much brighter note. 15 and I went to our first Padres game of the year. It was awesome. We talked about everything EXCEPT schoolwork, and laughed our asses off at our mutual inability to read the Interesting Facts displayed on the BIG scoreboard for each player – OK, not *total* inability – just that we both had to squint like hell and alternate dominant eyes in use in order to make out what was up there! The Padres fell behind FAST in the 1st but then rallied back and the game was tied when we left in the 7th. We have both been in bed by 9:30 all week and after stupidly straining our eyes as we did with our nonsense, we were getting sleepy headaches. Even if the Padres manage to lose the game, it was at least a lot of fun watching them rally back and getting to know the new players one stat and Interesting Fact at a time 🙂

Today was blue like yesterday though more midnight/navy Padres blue – here we are with our game faces on before the 1st pitch. Sitting up HIGH in the cheap seats tonight: