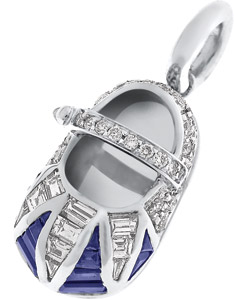 Listening to a morning radio show on the way to work I heard a completely new term. “Push Present” Now, I know I fall out of the range of your typical female target audience. The things that I watch on TV or the magazines & blogs I read are WAY out of the norm for most women. But I do pay attention to conversations on Facebook and of course I have the August moms who usually end up talking about things here and there which helps me pick up things I might otherwise miss amongst the more generic girl talk. And yet this one had bypassed me. Turns out I did know the concept, just not by this title. A Push Present is the gift a man gives to a woman after the birth of their child. A reward for pushing the baby out 🙂 Kinda cute and it’s a lovely sentiment and I do know some women who have received these. SOME. Not all by a long shot and it was not something most of us talked about when we were pregnant.

What bothered me about the conversation this morning was that the women on the show – both in their early 30s – spoke of it as if it was EXPECTED. About as expected as a birthday or anniversary gift. For some reason, this rubbed me the wrong way entirely. I am sure it has something to do with my overall distaste for the way Madison Avenue has commercialized just about every holiday ever. Even the ones that were never *supposed* to have big presents or parties have become extravagant affairs if you follow advertising trends and popular TV/Magazine trends. I have often lamented the trend towards children *expecting* a big birthday party every single year. Mini golf, laser tag, chuck-e-cheese, bowling, etc etc. The parties get bigger and more expensive every year and it all seems like a grand competition to top one another. Little Johnny is only turning 2, but you have to invite 50 people to a pool party with jumpies and clowns and a Dj and and….!! Johnny won’t remember ANY OF THIS!!

It’s interesting because there is an overall sense that we can’t stand what is referred to as the “Entitlement attitude” of current generations. The phrase is thrown around in political arguments and in discussions on society as a whole. Typically it is used to vilify liberals expecting government handouts (sorry, had to stray a bit into politics for a second there). However, I think this whole notion is something that can be more properly laid at the feet of Madison Avenue. Anyone who consumes any amount of media is bombarded with the idea that the way you show off your success (and you must!) is by buying the shiniest, most expensive things. The way you show your love is by giving the shiniest most expensive things. Forget the country, citizens in general are more in debt than ever thanks to this constant messaging that you must have Tumi luggage, a shiny Lexus, a 2 carat ring, Jimmy Choo shoes and on and on. Self worth is wrapped up in it. Kids are steeped in it early with the birthday parties and accompanying pile of gifts. It’s not poor people who feel entitled to help; it is everyone, from all economic backgrounds that learned the world will shower you with all the pretty things that make you feel loved if you just whip out that credit card.

What would I consider a proper Push Present? Just be there. Be a dad. Stick around. Take them to doctor’s appointments and soccer practice & be there to watch their dance recitals. Make dinner and clean up after their barf. Be a partner in discipline and homework struggles and illnesses. That diamond tennis bracelet won’t do those things. Save that money. Start the college fund with it. That is what I *expect* from you. Birthday parties? How about we go back to marking the milestone years only? Every culture has some variations of course, but gosh just hitting the ‘5s’ and ‘0s’ works for me. Or, if you really love celebrating and having an excuse to be with a crowd of friends, then make it a No Gift party most of the time. Family will take care of that. Your 50 neighborhood and school friends? Nah – you just want the fun of having them there to play with you but they don’t all have to bring gifts. You want to reduce the entitlement culture? Then reduce those expectations.

UPDATE #1: Ask 16 about his birthday as an example. Scroll down and see pics from his BBQ. He *loved* his day! Did he get some gifts? Sure, from family, but not from his peers. We told them to just show up. I bought them tickets to the movie and provided transportation there and back. All 16 wanted was to gather enough money to buy himself a new headset for his Xbox and he got exactly that. How many 16 year old boys do you all know who would be perfectly with that? Be honest!

Oh yeah! The guy who was the topic of the radio show? The Push Present he gave to his wife? A week at a FAT CAMP?!! Oh, he REALLY missed the concept. He’s in the Forever Dog House for sure.

UPDATE #2: Re-posting this because it has received a little more attention again along with a comment trying to explain the origination of the Push Present concept. Also a recommendation for a new website selling push presents that properly encapsulate the sentiment or something like that.  Endless love and protection of the mother and child? Yeah, sweet, but no. You know how to show that? I told you up above. Just be there.  Everything else is gravy and is simply a material item to be sold that continues on the culture of consumption. Push Presents are not mandatory, they are extra niceties if you have the money – maybe. But I will always resist it becoming some kind of expectation.