The day has not gone as planned. There have been some…curves 🙂 Which required a lot of patience. Which I don’t tend to have tons of on hand most of the time. It all started Thursday night when sometimes during the last 30 mins of Gray’s Anatomy, the internet went gablooe. It had been going along fine all night, then was just done. Music Man has the modem and router in his room and he tried resetting everything with no success. I went to bed and asked him to just try again while I was at work on Friday. Well, no luck. So once dinner was done last night I got on the phone with tech support for the cable company. Which has always been quite good here (knock wood, but really it has!). I’ve had this same cable modem service for nearly 12 years and it’s been very very reliable. Anyway, an hour on tech support trying multiple things (thank gawd for blue tooth so that I had both hands free to tackle it!) pretty much resulted in confirmation that the signal was fine, it was the modem and/or the ethernet cable that had fritzed. Thankfully they have Saturday in store hours and would be open at 9am so I could get over there and switch it out and hopefully get back online before leaving for Sports Boy’s baseball tournament in LA. Meanwhile though, I felt so out of sorts!! Here it was the night before a tournament with rain already messing things up for sure and my only connection (and thank gawd for that) was my Blackberry. Which also was not acting normal! Messages and my phone log were wiping themselves clear as soon as I hung up or read them. It was so frustrating!! I finally traced *that* problem back to when I had downloaded the Twitterberry app earlier this week so I deleted it and got my phone back to normal (phew!) Then around 10:45pm I get the message that there will be no games today. We’ve been pushed off to Sun/Mon instead. Which means that today opened up for me to deal with these technical difficulties. For some reason my brain took that to me today was kind of a ‘free day’. Unplanned time had opened up. And I felt like being productive. So I did all those chores that build up that are kind one offs which are annoying but not necessary.

Got the new modem (ok, THAT was necessary to get my heart beating back in rhythm!)

Went to the tailor – I’ve had clothes that needed hemming/mending piling in my room for 6 months. With a tailor right next to the dang grocery store and dry cleaners! Oh, went to the dry cleaners too 🙂

Laundry (ok, that’s not a one off..but I am doing it earlier than usual for a weekend)

Cleaned out a corner of the garage and dropped off electronic waste to a new e-cycle center than opened up just 5 mins away.

Took SB in for a buzz.

Went to AT&T store to change account settings for MM’s phone and SB’s. Looked at iPhone again…naah, not my style…drooled over Blackberry Bold. Drooled. Wanted. Badly. But we have this bad habit in my family of *needing* replacement phones before the plan is due for a free upgrade. And it just so happens that my mom lost hers this month and already had it replaced. So I would have had to pay out the *nose* for the Bold today. I asked the guy when my plan would reset so that I could get the cheaper price…Aug 3. Aug 3 huh? Less than 6 months. I can wait. I just need some…. 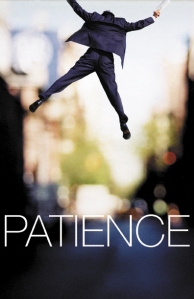 Oh yeah, and apparently everyone is having pizza for Valentines Day so again, with the day changed around rather than being out with the baseball team, tonight I will order in some pizza. Because clearly I am a slave to the power of suggestion when it comes to food this week!